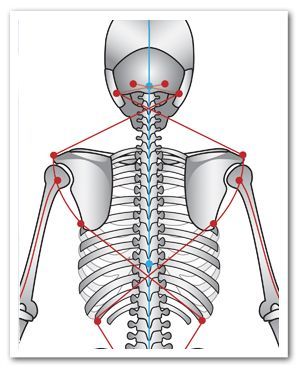 “This pleasure, appears as poison in the beginning but is like nectar in the end, comes by the grace of Self-knowledge.” - Bhagavad Gita

And yes, finding the suboccipitals will take us way out on the fringes... (F9)

How would it feel to tap into pure potential?

The passageway between the Throat and Ajna Chakras channels powerful energy. The Lalana Chakra plays an instrumental role in regulating the flow between creativity and wisdom. This petite powerhouse is a storehouse of primordial nectar and immortal purification but, often overlooked in the process of ascension.

Awaken Lalana Chakra by activating the microcosmic orbit point in the soft palette. Consider it the catalyst for the installment of the Ajna light house between the inner ears. Inhale, envision cross-connecting lines from the condyles of the mandible to opposite suboccipital protuberances. Exhale, and locate the midpoint of the X (microcosmic orbit point). Now, Draw the tip of the tongue as close to that perceived midpoint as possible. On your next 8 breaths: inhale, pull open sub occipitals and sit bones. Exhale, push tip of tongue into soft palette while emptying the triangle.

Like Mood Lighting, the meta-map stimulates energetic connections in our intrinsic environment to MELT undue tension in the extrinsic counterparts:

L.ines:  Cross connect the hinges of the jaw to the Sub Occipitals. Find the Lalana Chakra at the mid point of this X somewhere along the soft palette near the Uvula.

T.hemes: Ascension, Purification, Surrender, Pride, Ego, Re-birth, Karmic Wounds. Controls the 12 pairs of nerves that proceed from the brain to the sense organs.

Welcome to The Sage Blog! Expect a series of daily posts, simple and fun, to inspire an Intuitive Evolution!